White police booths with tinted, reflecting windows, popped up in the streets where I grew up. In no time they seem to have become a common and aesthetic feature of our streetscape. Will they ever be removed again?

In de Staat (the State) Tromp depicts the increasing surveillance of public spaces. 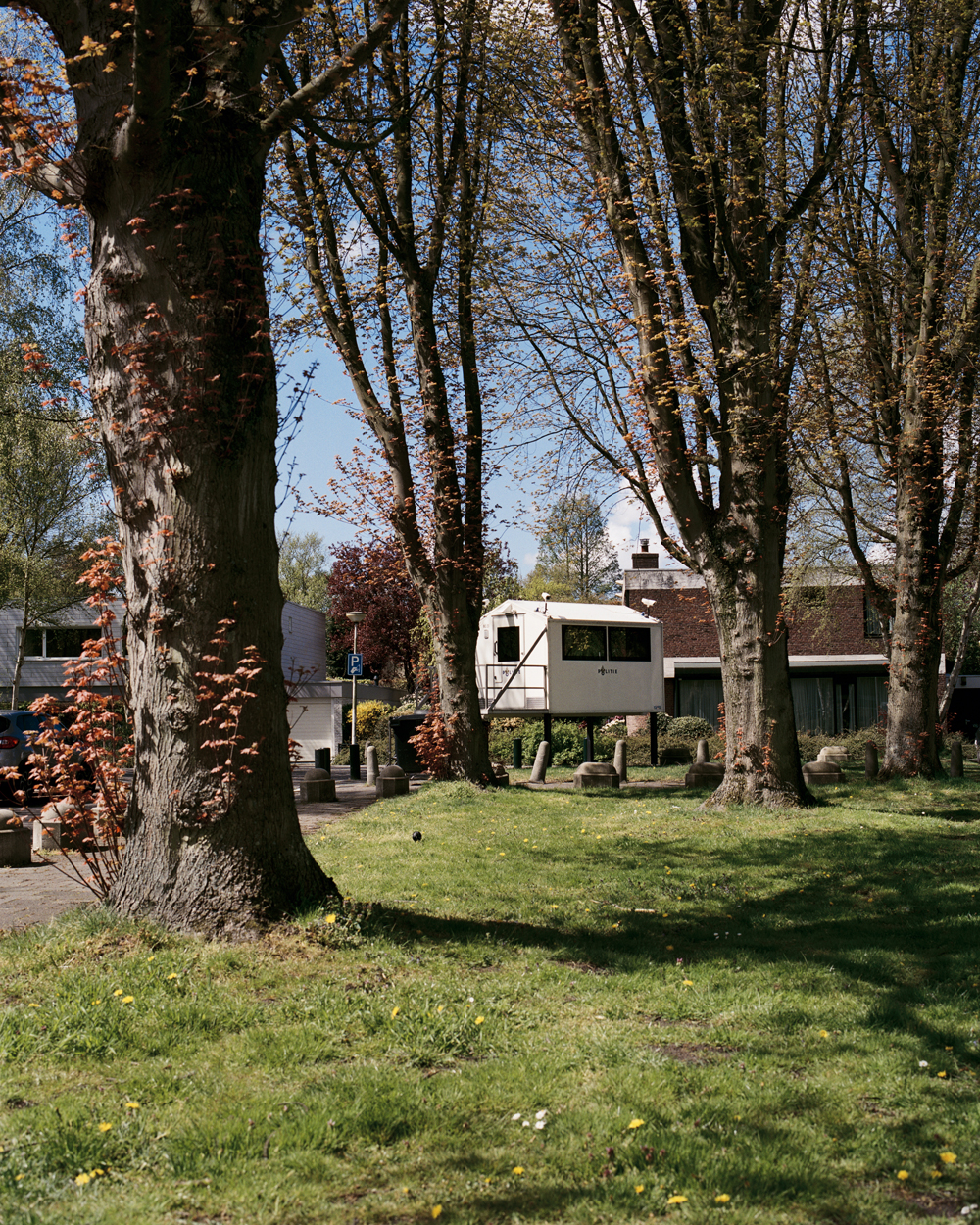 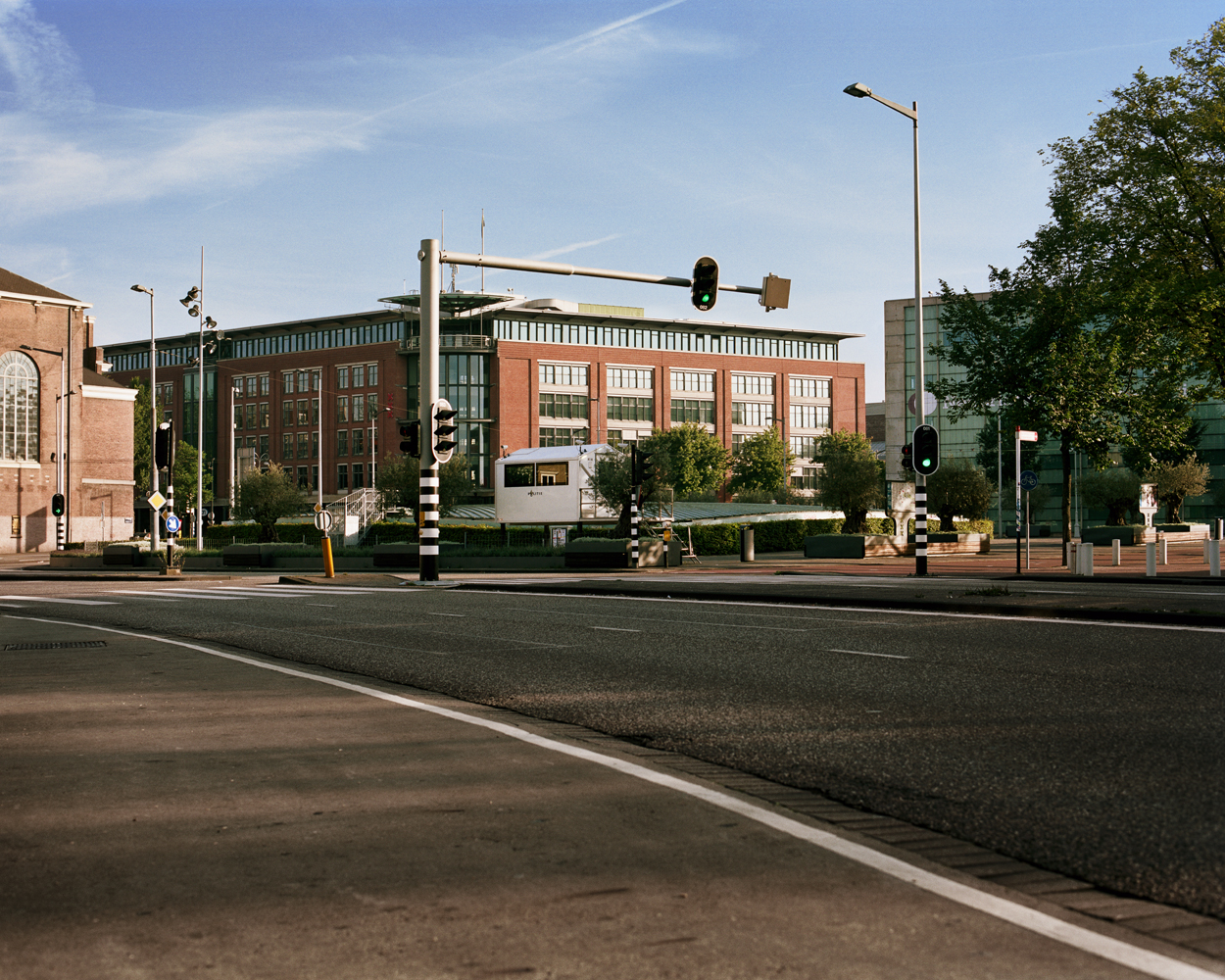 While shooting this series I was repeatedly stopped by the police. "What are you taking photos of?", they wanted to know.

My identity was verified
and my presence at the site
was recorded. 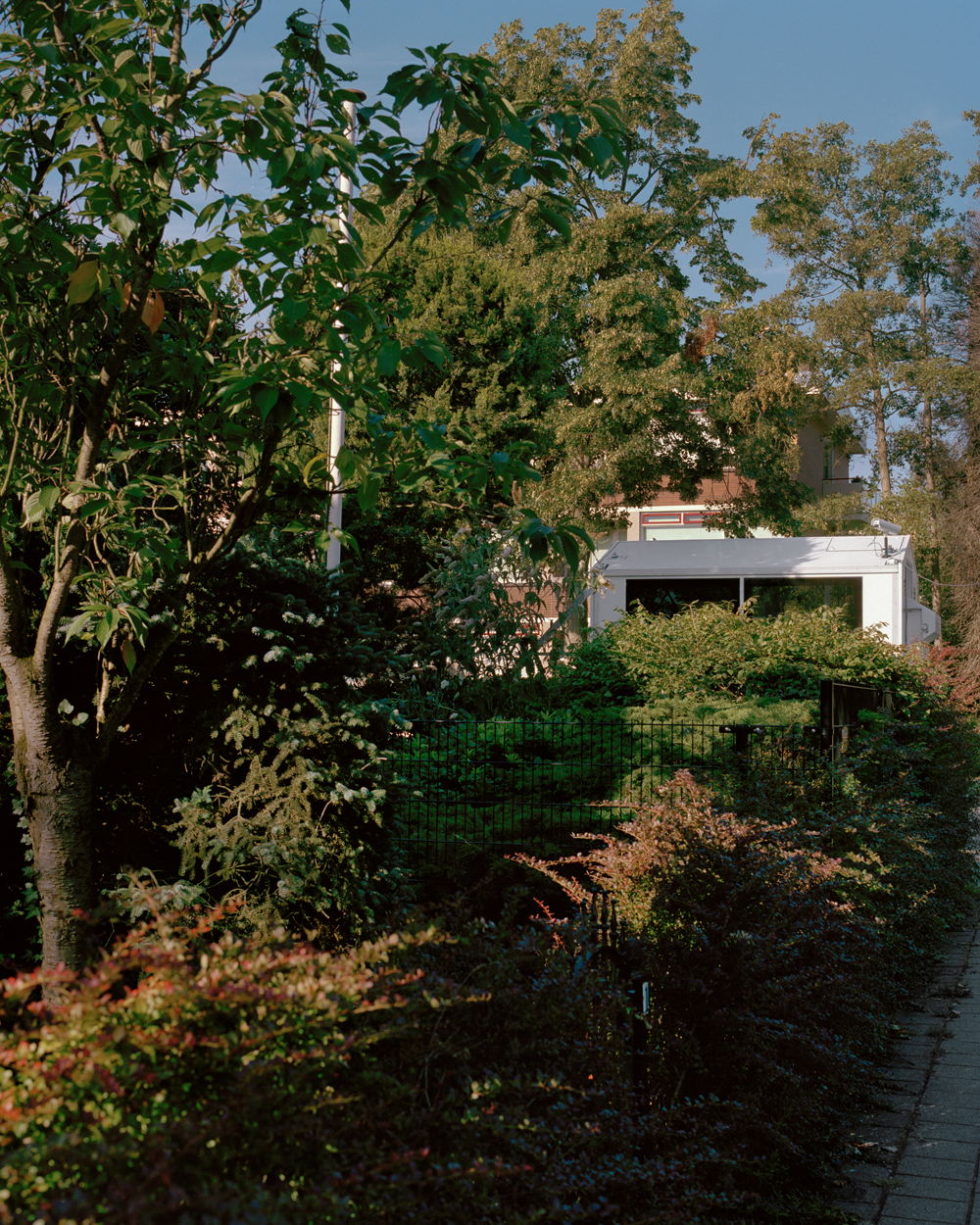 Deep in the forests the house of the witch Baba Yagá can be found. The witch and her house on chicken legs go way back in time: Pushkin already wrote about them in 1820. But also nowadays they still appear in Slavic tales and films.

In some of the narratives the witch flies in her barrel, hunting for little children to eat. In other stories heroes are fighting her. The house on legs has its own consciousness but listens only to the orders of Baba Yagá, who uses it as part of her magic power.

The origins of this little house are not exactly known. It can be seen as the portal between life and death. Tribes in ancient Russia had funeral rites in which they laid their death in houses on high poles, surrounded by smoke. And possibly the bodies were cremated in the houses.

The chicken legs might have appeared in the tales due to a corruption of words: the Russian word for chicken is similar to the word for smoke. 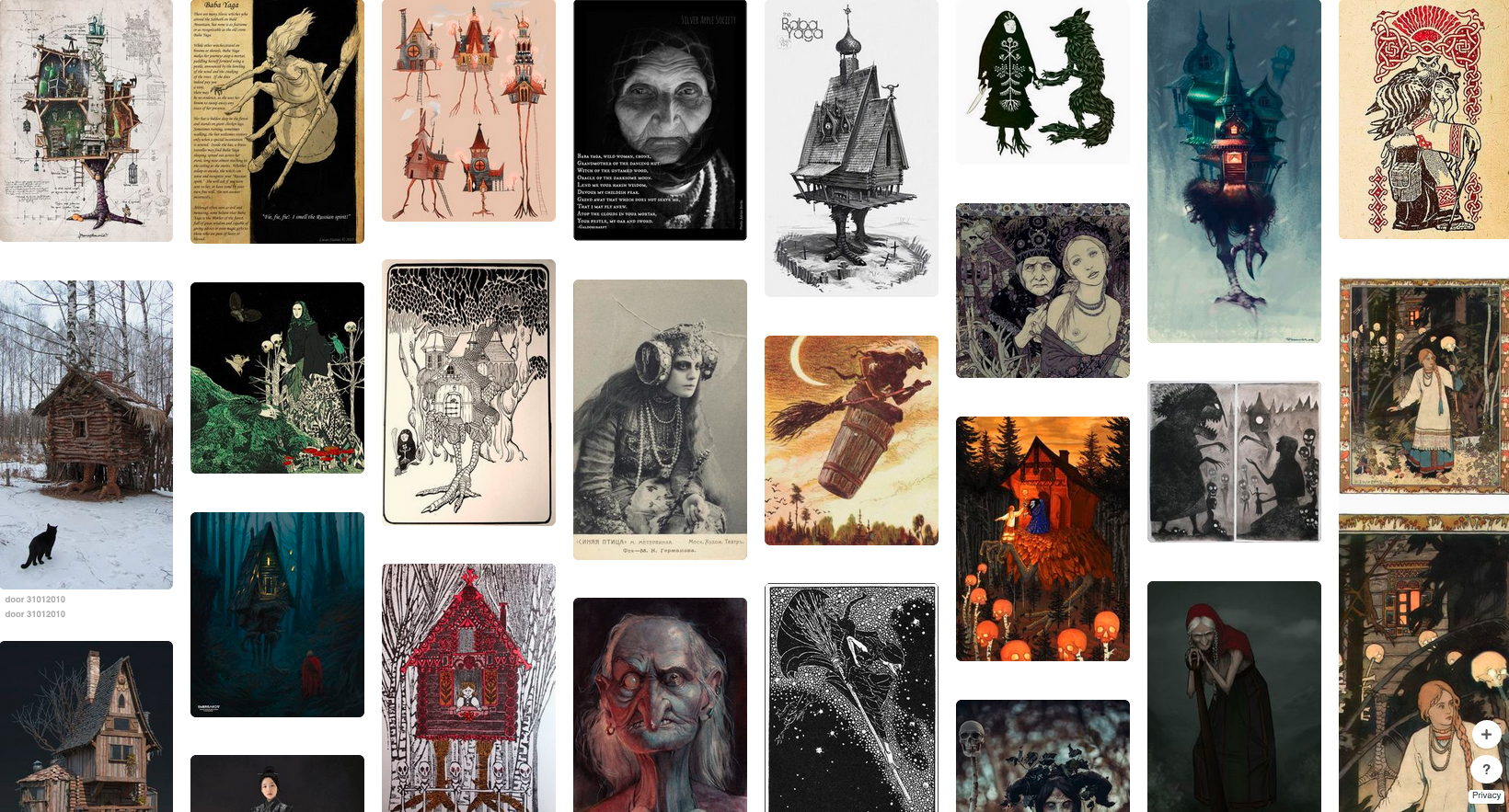