The Antropocene is a term now commonly used to describe the age in which we live: a time when the human species holds sway over Planet Earth and exerts a radical influence even on the climate.
People today - especially city-dwellers - have lost touch with their natural environment, although the complex ecological systems of which man is part continue to operate.

For the past seven years I have been working as a volunteer in the Dutch rescue centre of AAP (Animal Advocacy and Protection), taking care of primates and doing animal transports.
Now for the first time, I have brought this work and my photography together and created a series of portraits of primates in rescue centres in the Netherlands, Spain, and Indonesia. Animals intercepted in the hands of traders or previously used in laboratory testing, as domestic pets or as circus animals.

I am interested in the way we look at apes and monkeys and how they are depicted, being our closest living relatives. How do we, as human beings, relate to the world we are part of? And what do the portraits tell us about ourselves? 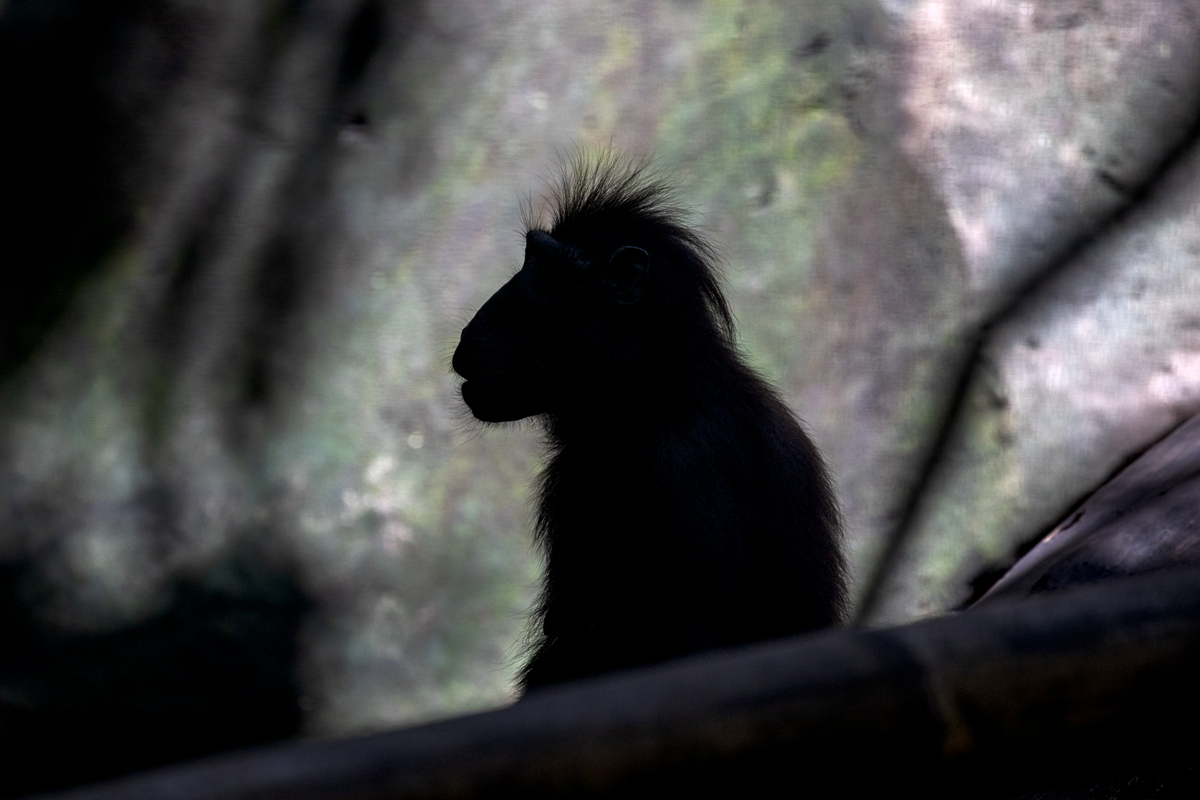 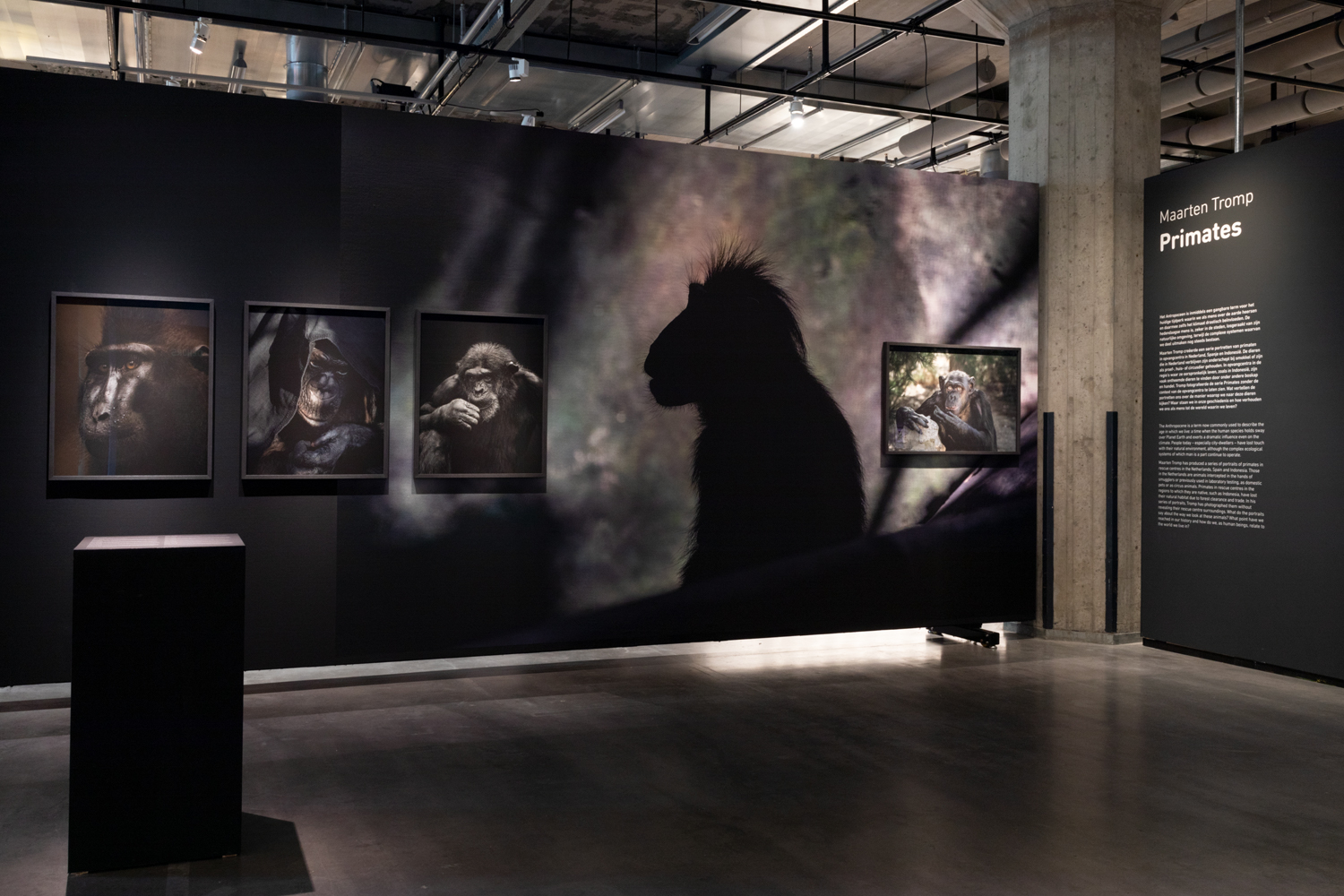 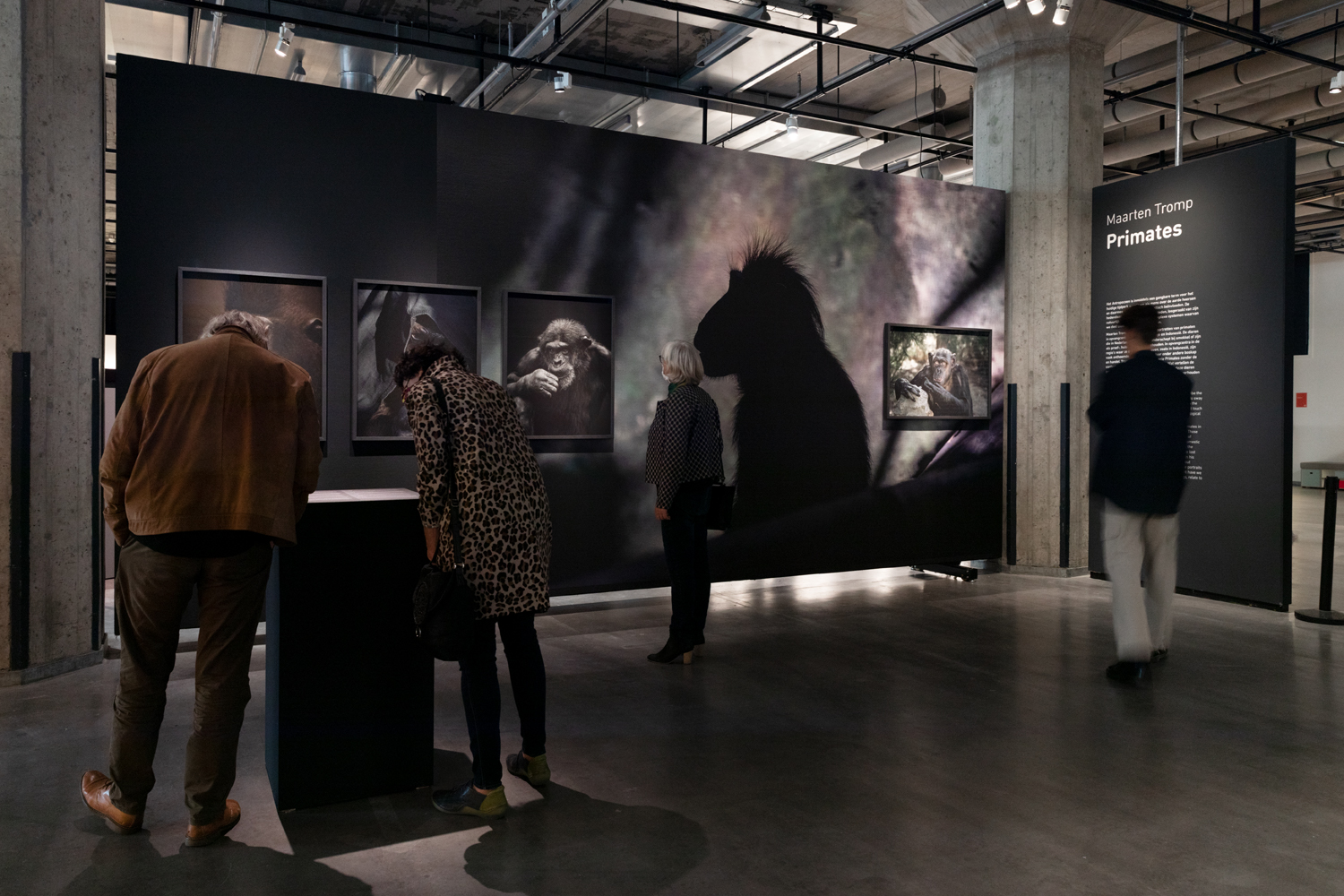 Teten (b. 2012, Indonesia) was rescued in 2012 during a patrol at Lake Tondano in North Sulawesi, where he was chained up and kept as a pet. He was transferred to the rescue centre Tasikoki, in the area of Bitung. That is where he stayed over the past eight years and where a new group was formed. This summer the group of 11 animals was successfully released in the forests in the Gunung Ambang Natural Reserve.

“Teten and Augustus were leading their group to encounter wild macaques, but they outnumbered and got separated from the females.
A few weeks later, we found Augustus and Teten together with other wild macaques, trying to form a small group.
The females, including Ireng, joined the wild group that defeated them.” 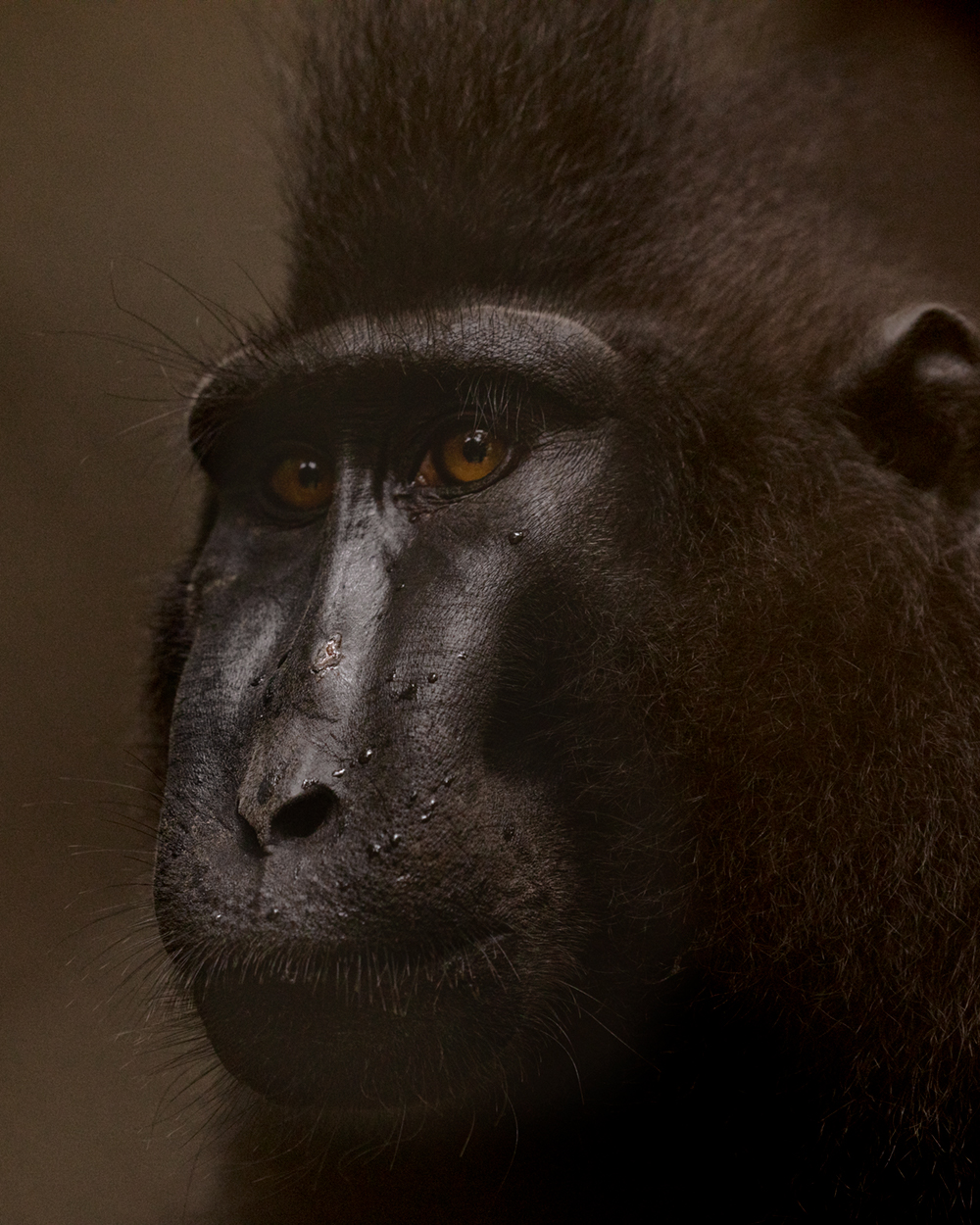 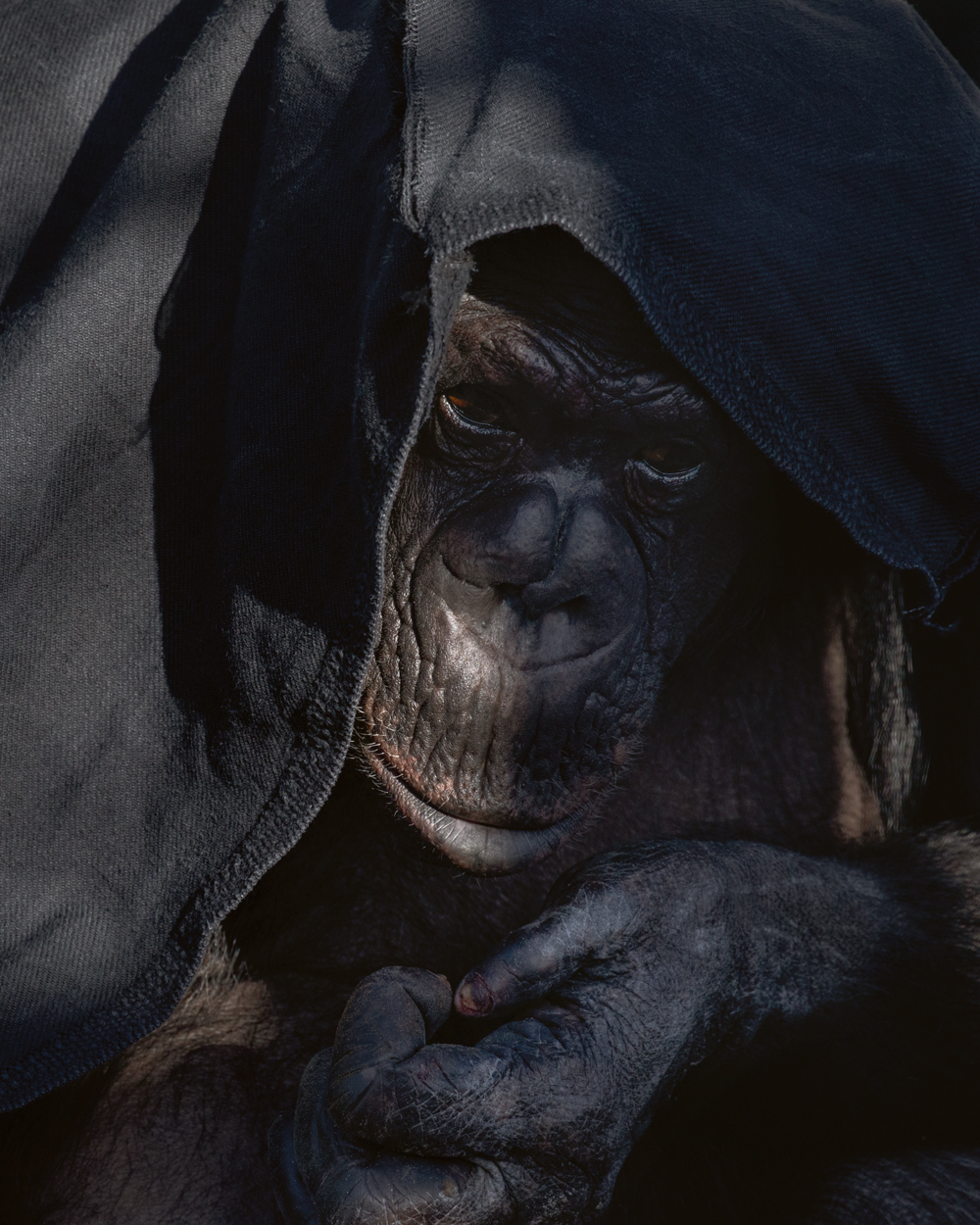 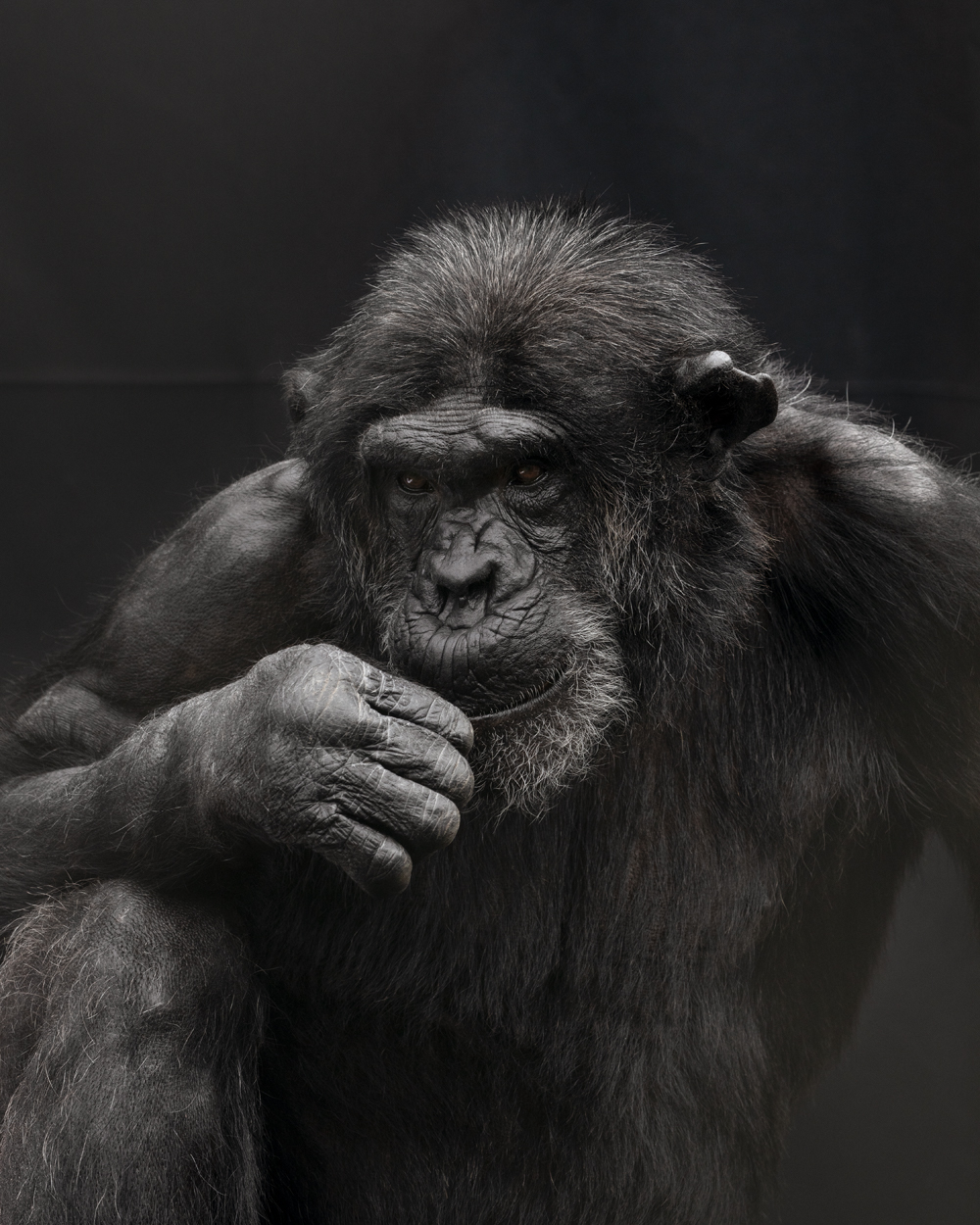 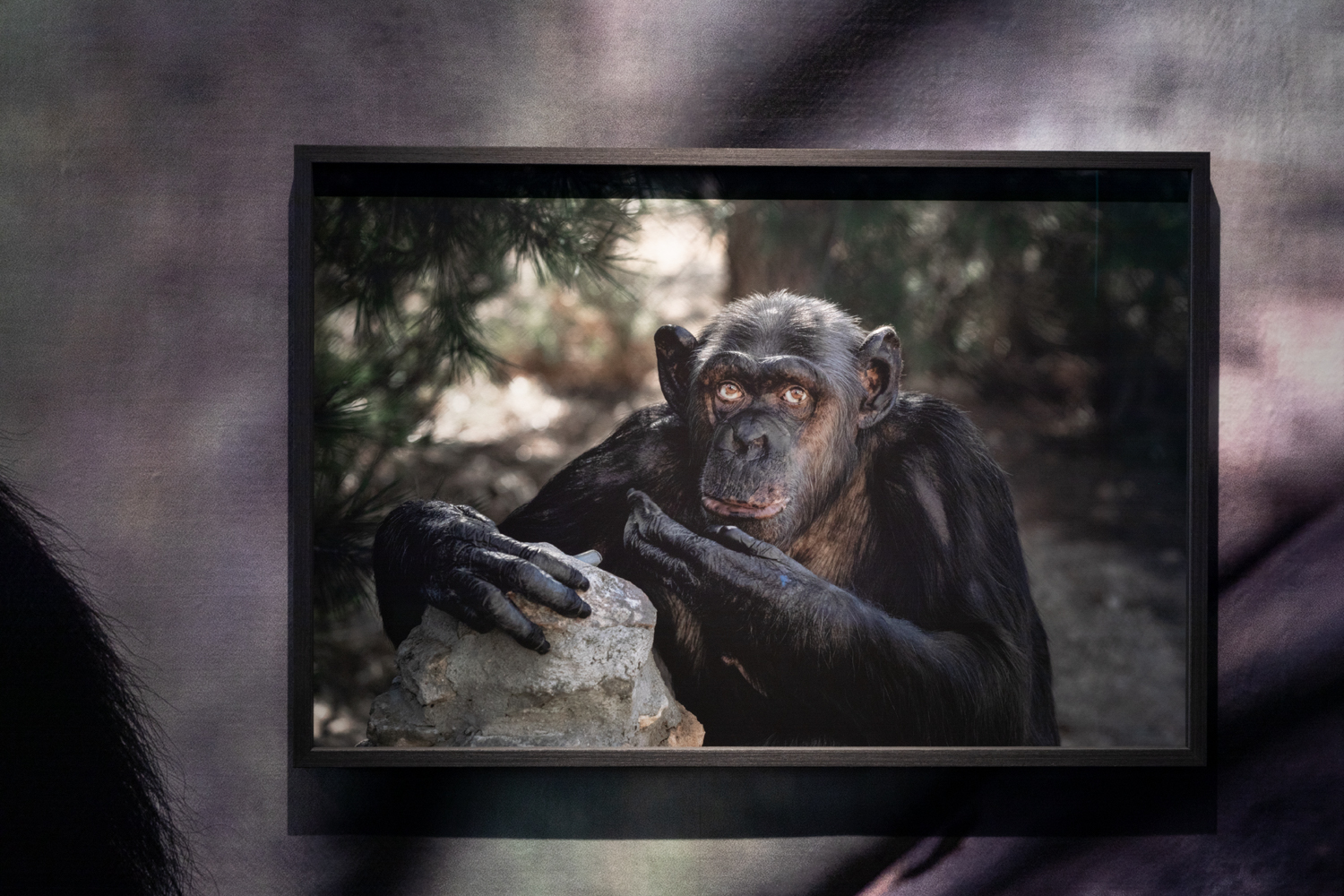 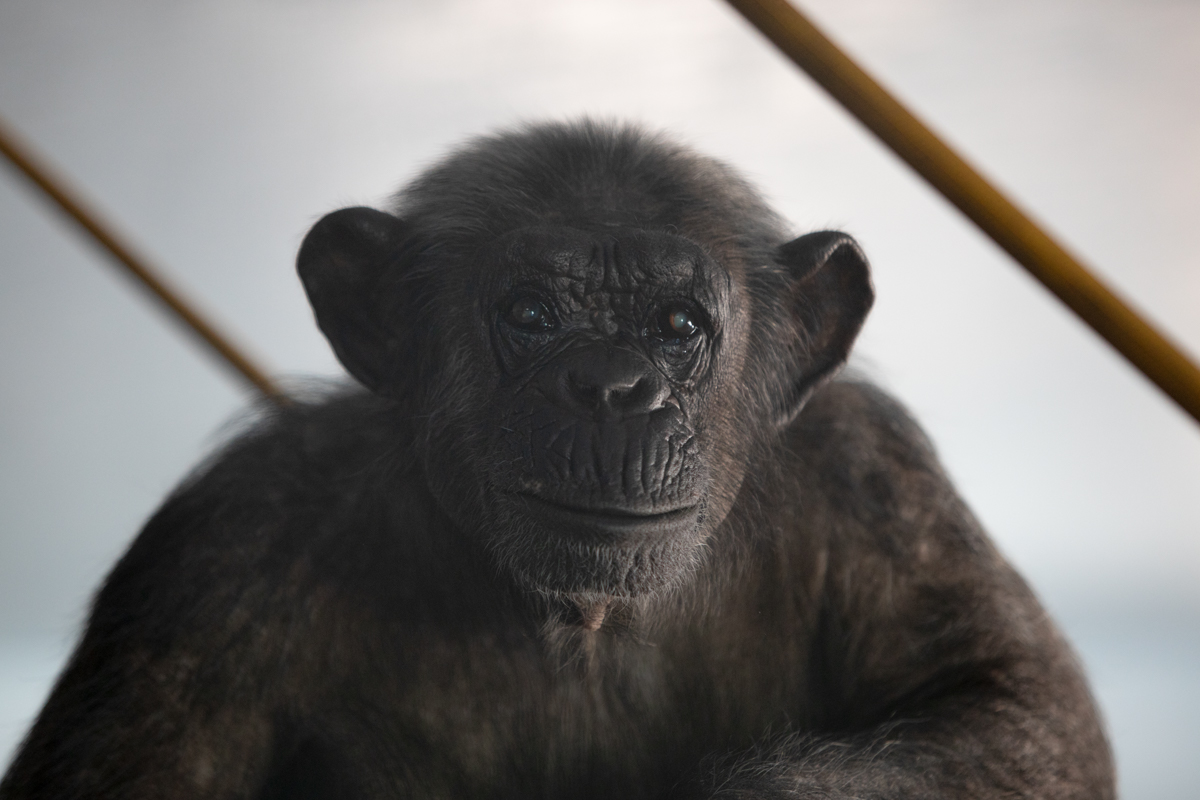