Every year in November the people in the Netherlands get ready for one of their most important traditional holidays called ‘Sinterklaas’, on the 5th of December. In contrast to Saint Nicholas celebrations in Germany and other European countries, the saint is accompanied by the mythic figure ‘Zwarte Piet’ (Black Pete), his silly, clownish assistant. In the three weeks preceding Sinterklaas, thousands of Dutch dress up and play Black Pete, with blackened faces, ruby red lips and a wig of frizzy black hair. He is omnipresent in the public sphere: in shops, on the streets, in schools and on television.

Protest against this tradition and a nation-wide public debate have reached a boiling point in the past years, dividing society into two camps. One side wants to change the look of the figure of Black Pete because of the racist stereotype and the references to colonial times and slavery. Others want to stick with the figure as it is, in order to keep the tradition unchanged in a globalized, changing world. To them, in general, Black Pete doesn’t depict racism since they themselves never intended it in that way. Although opinions are shifting because of the debate, there is still a huge gap in society. [2015] 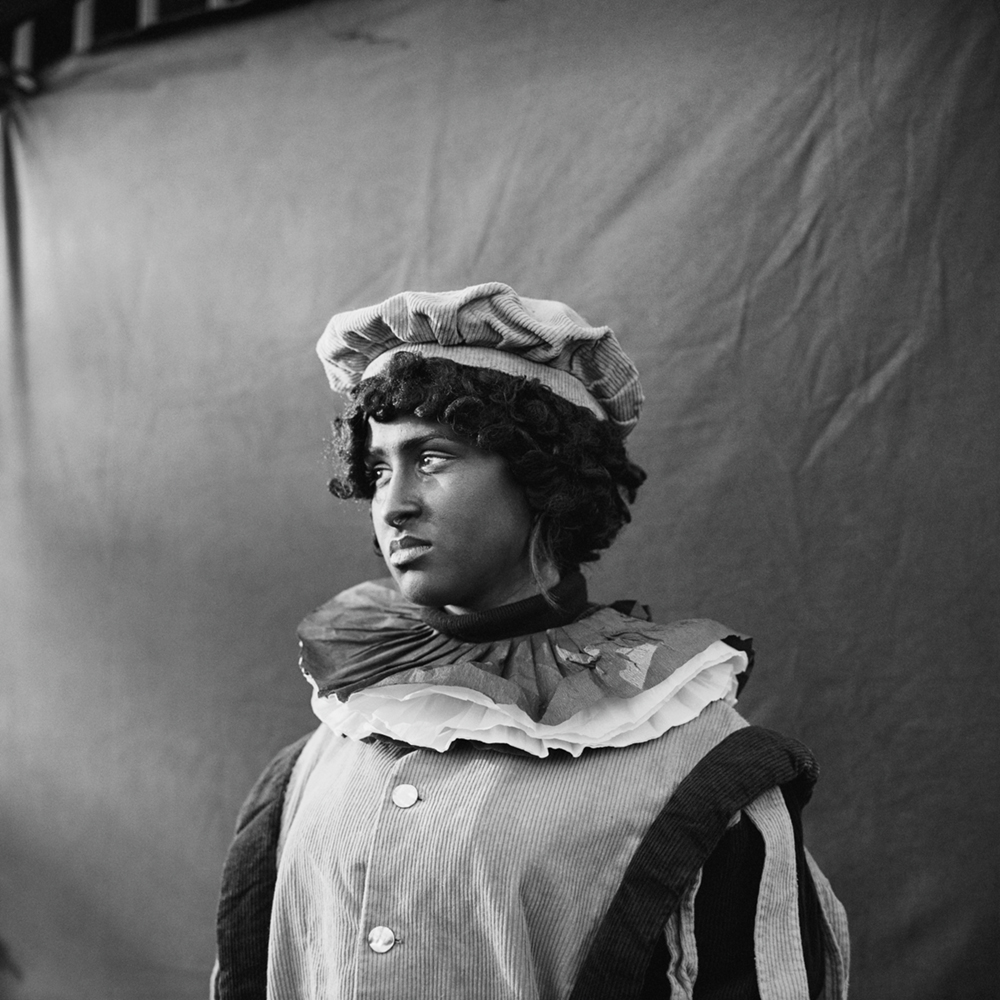 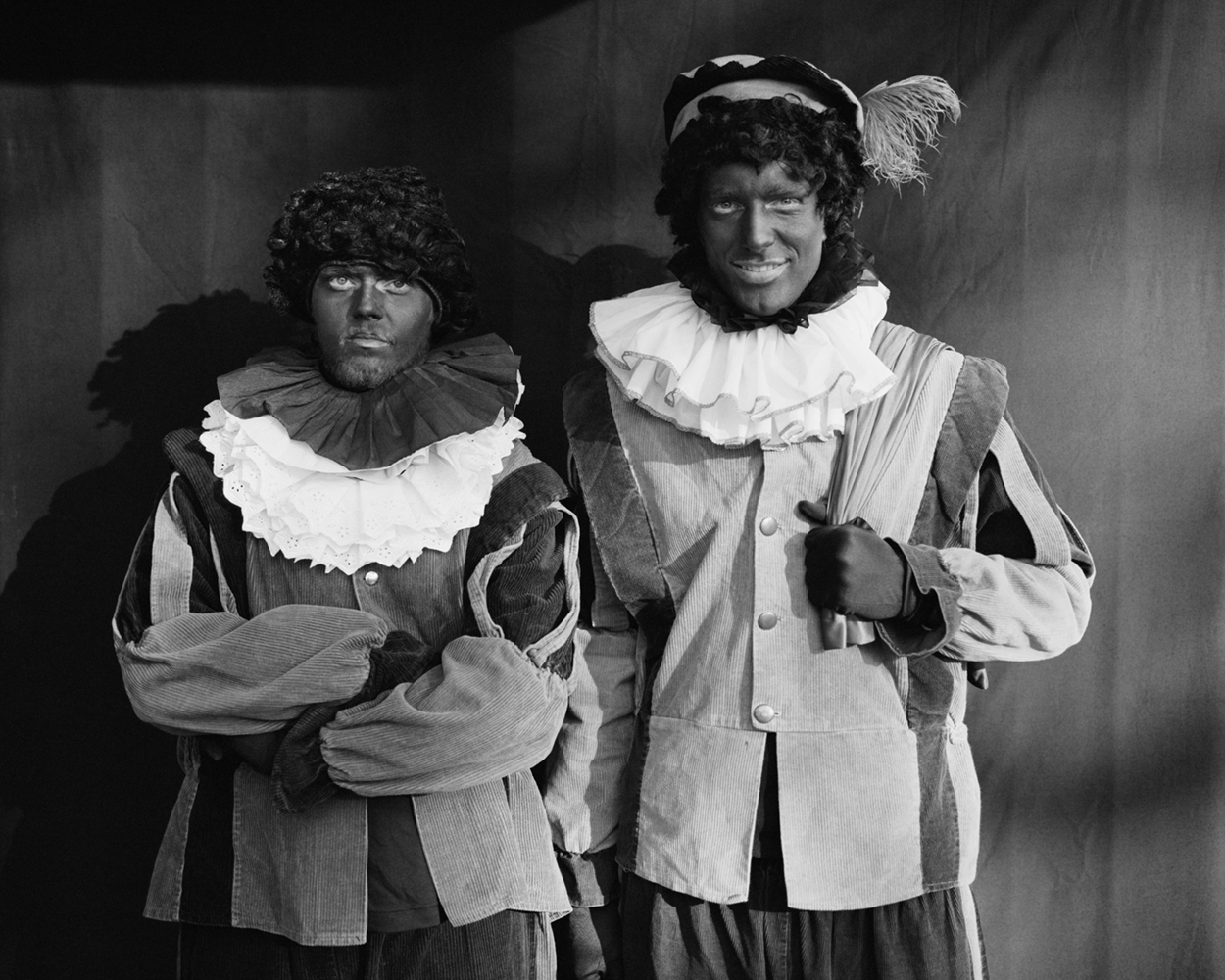 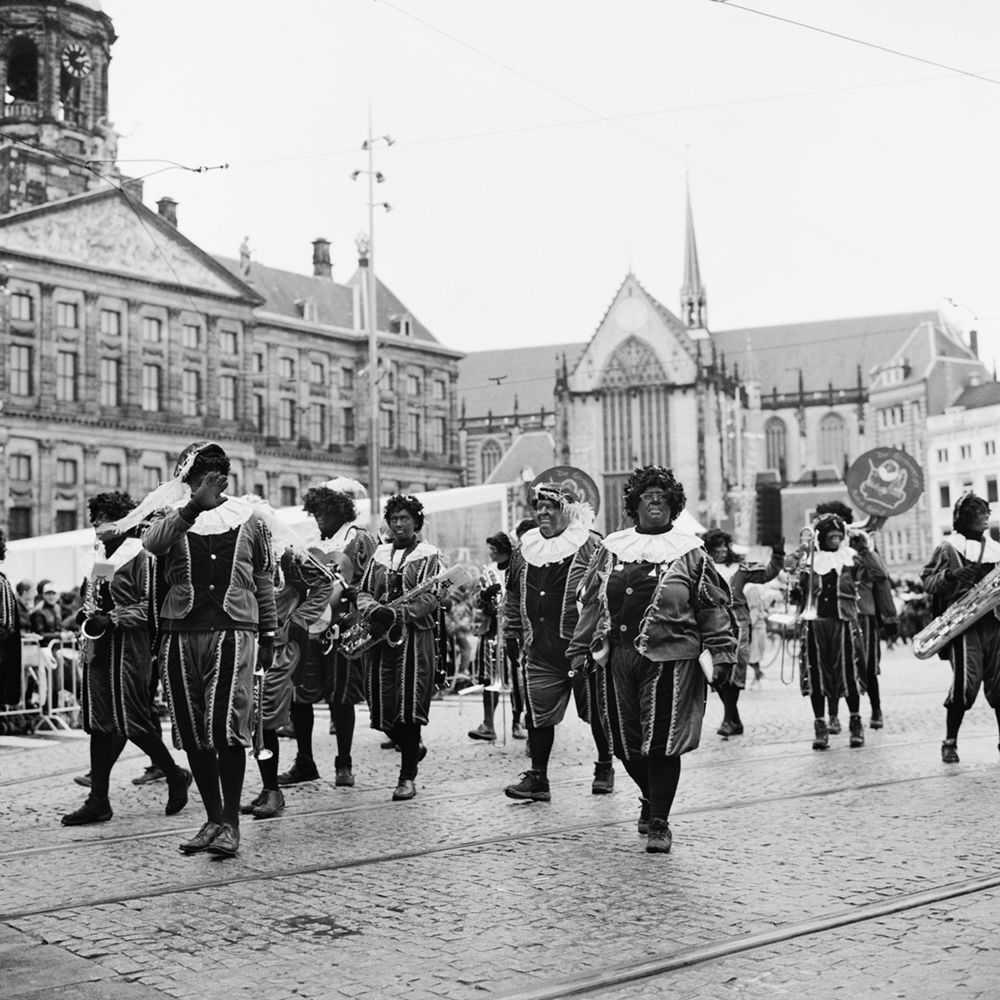 Like elsewhere Dutch people are struggling to hold on to traditions and shape their identity in a changing world. The annual celebration of Sinterklaas enables them to re-experience their own childhood and pass their memories on to their children, just as their parents passed them on to them.

Meanwhile the Netherlands still has underexposed and unresolved pages of a colonial history with oppression and major slave trading.
Many Dutch citizens have roots in the former colonies. The colonial past is vivid to them.

It’s obvious that the figure of Black Pete will change,
like all traditions change through time.
I documented the past in order to move forward as society, and
create new memories together.

All photographs were made between 2015 and 2017.
The portraits were shot just before or after Black Pete visited children at a school, day-care or a private home. 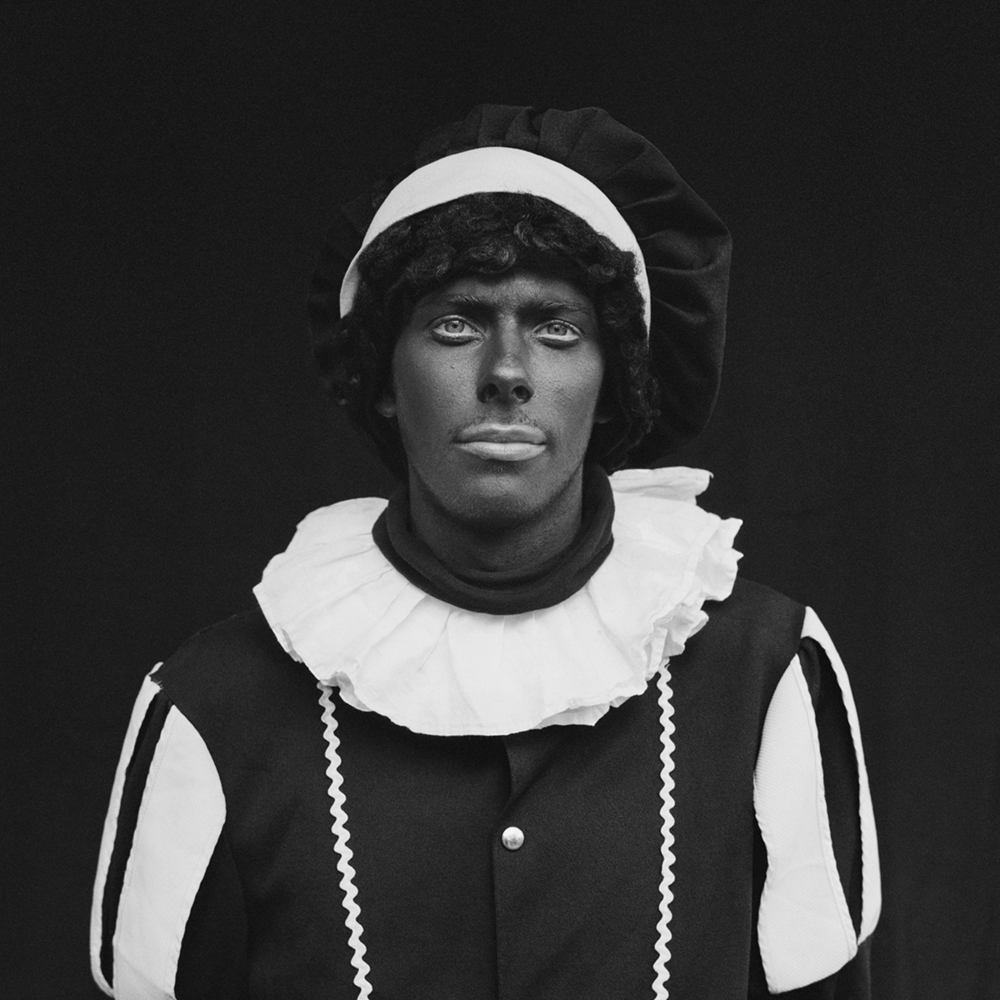 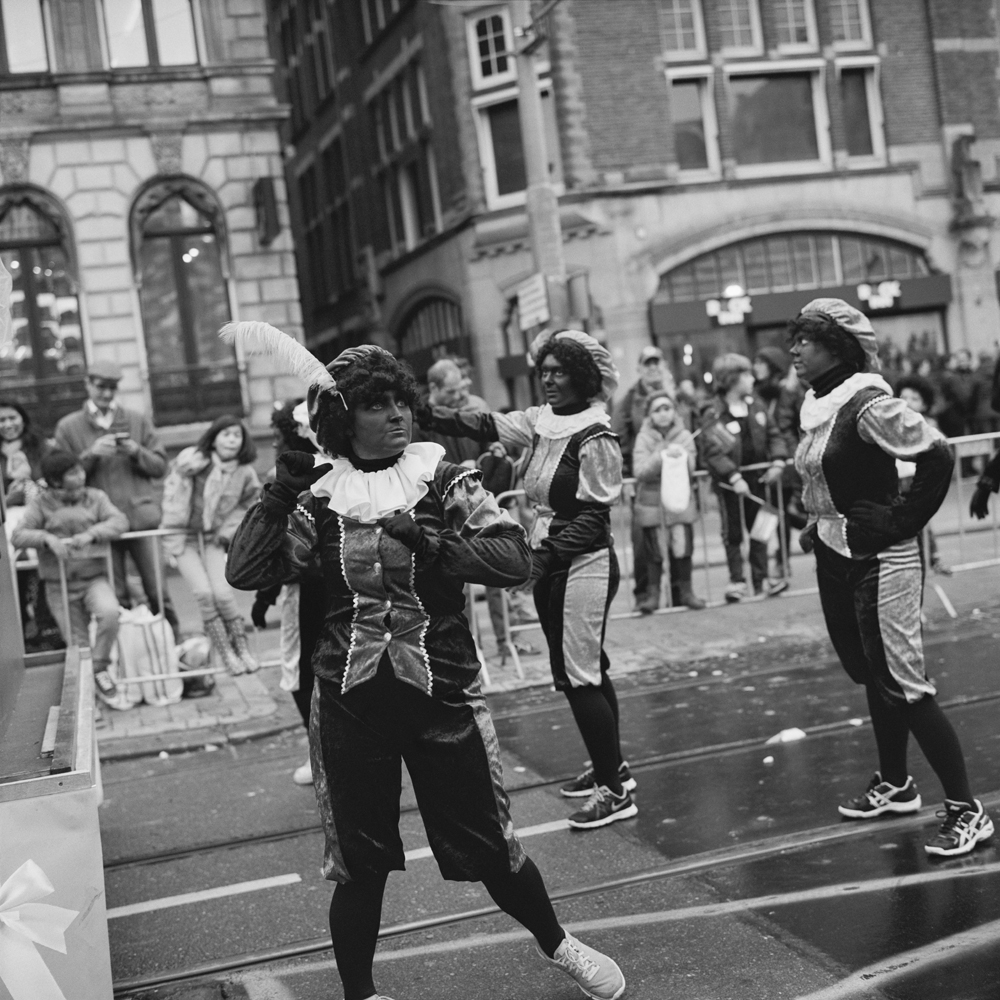 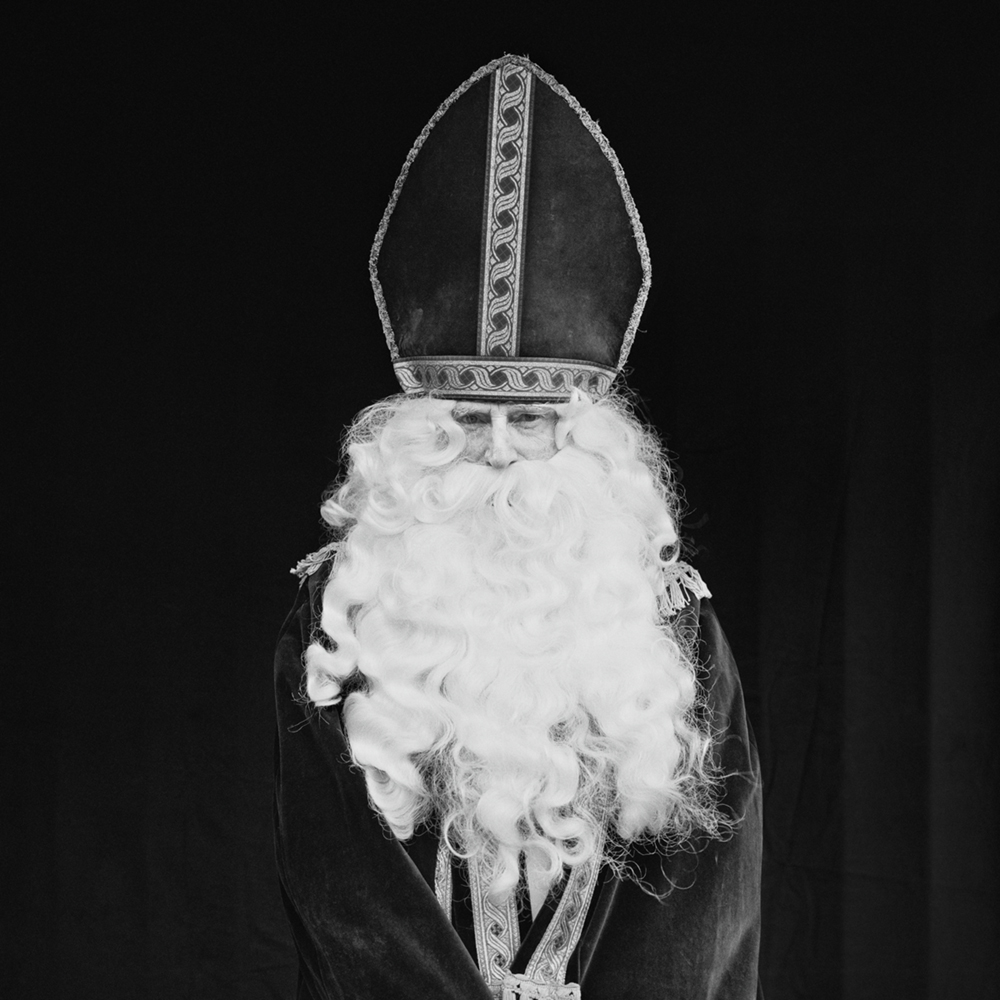 You never really understand a person until you consider things from his point of view… until you climb into his skin and walk around in it.

Atticus Finch in ‘To Kill A Mockingbird’, Harper Lee 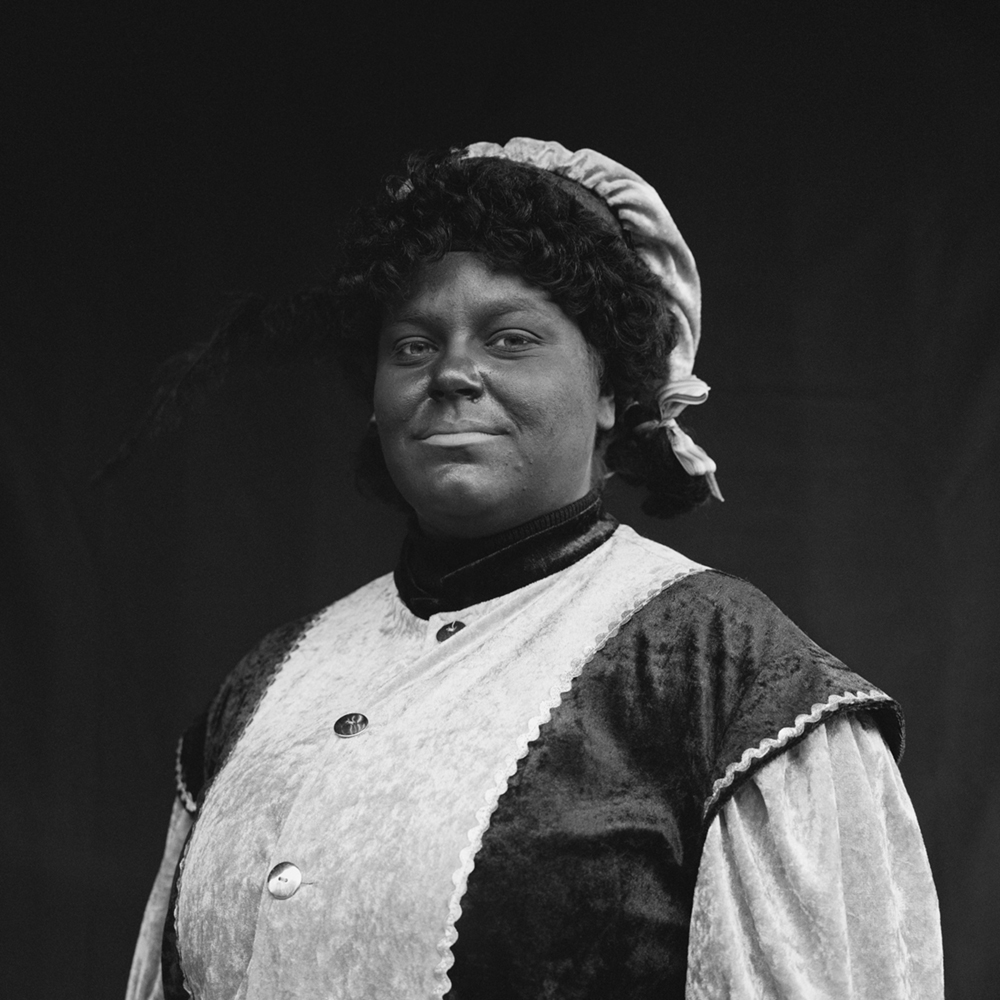 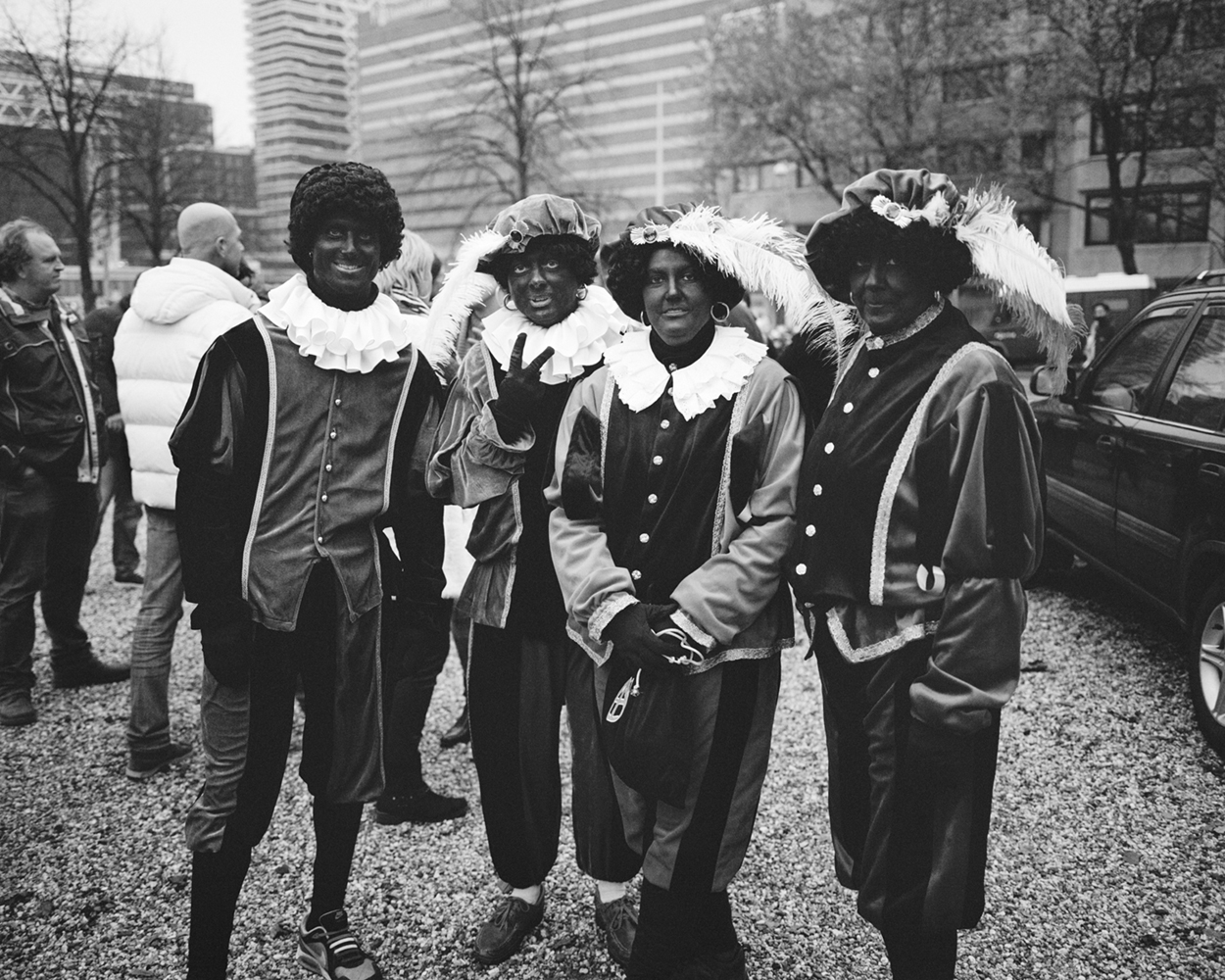